Why Asia is the new center of aviation 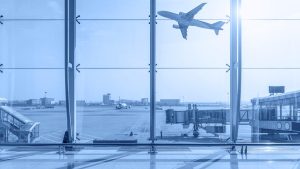 The Paris Air Show demonstrates the development of world aviation for more than a century and its 53rd edition will continue this tradition. In today’s thriving market, people are using air transport more than ever. When it comes to business opportunities, there is a clear vision of progress. According to a study by the International Air Transport Association (IATA), the number of passengers will double to 8.2 billion by 2037.

Almost half of this growth will come from the Asia-Pacific region. The link between the thriving economies in the Asian region and the rest of the world is leading to a change in global air traffic. With current trends, the Asia-Pacific region predicts an additional 2.35 billion annual passengers by 2037, with a market of 3.9 billion.

The large number of passengers flying to, from and around Asia is good news for the region’s labor market. The aviation boom represents a new demand for pilots, technicians and cabin crew.

Deloitte predicts that global aircraft orders will increase by 38,000 over the next 20 years. This accompanies the growing focus on Asian manufacturers, such as China’s Comac for long distances and Japan’s SpaceJet (formerly Mitsubishi Regional Jet or MRJ) for regional travel. Created by Mitsubishi Aircraft, part of the Mitsubishi Heavy Industries (MHI) group, the SpaceJet family of 100 or fewer seats is the only new-generation aircraft in the segment, with design and improved aerodynamics for lower operating costs, saving more space for passenger comfort.

However, the increase in air traffic poses challenges. The increase in passengers is putting additional pressure on existing aviation infrastructure, and ongoing investments are needed to ensure that airports, roads and railways can meet demand.

The future aviation sector needs modern, sustainable airports. Here Asia is leading. Daxing District south of Beijing, for example, is the place for new investments. Serving the capital of China, when completed, the newest modern complex will become the largest in the world.

But Asia is also home to the top seven of the top 10 airports, according to the Skytrax Airport Awards. Singapore Airport Changi took the highest award, followed by Tokyo’s Haneda in second place and Seoul’s Incheon in third place. 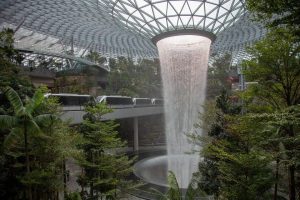 Changi has been known as the leading airport for the past seven years, not only in Asia, but worldwide, and has received investments to improve facilities. The project is worth $7.5 billion and includes a plan to add a fifth terminal and a third runway. The large-scale complex will have 227,000 square feet of forest valley and the highest indoor waterfall in the world. But Changi is able to keep his first place in the rankings because it continues to focus on the main goal – passengers to use the airport, getting from one point to another.

Innovations such as Mitsubishi Heavy Industries Engineering’s Automated People Mover, a state-of-the-art driverless rail system, help passengers move between terminals through the new complex. Also, the APM Crystal Mover fits well both in design and name, along with the dense tree-covered garden and seven-story high waterfall.

Mitsubishi Heavy Industries Group views airspace as one of the most promising businesses, contributing to the company’s strategic growth in the near future. The company decided to increase its leadership in the space industry so that it could stimulate innovation in this and other sectors in a variety of ways, both immediate and as yet undiscovered.

Mitsubishi Heavy Industries is at the heart of Japan’s increasingly important position as a world leader in outer space. SpaceJet, Japan’s first jet and next-generation space rocket launcher, demonstrates the MHI Group’s commitment to consolidating its leadership in the global space industry.

Read more about the Mitsubishi Heavy Industries Group at www.mhi.com