If the first answer that comes to your mind is “China”, as it might be expected, we must say you’re wrong. Contrary to the assumption that mass production is always connected to this particular Asian country, Mitsubishi Heavy Industries’ air-conditioning production facilities are based in Thailand, and its R&D centre is located in Japan. From its Thailand site the company’s products are distributed throughout the world – Japan, Europe, Asia, Australia, North America, South Africa, etc.

To ensure information spreading and a high level of service throughout the supply chain of Mitsubishi Heavy Industries’ air conditioning equipment, the company’s expert departments liaise with its headquarters in all continents, as well as with its offices in all countries around the world. Thus, information about innovations and changes related to the company’s products are spread throughout the company, in all its departments and in all parts of the world, and hence in the distribution network of the brand. In short, this is the way Mitsubishi Heavy Industries’ air conditioners reach your home or office. 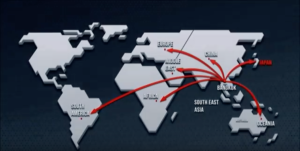 However, it all starts with the MACO production center – Mitsubishi Heavy Industries’ largest air conditioning factory. But to get there, we will have to go back several decades.

Over the last century, Mitsubishi Heavy Industries has undergone many changes and expansions. The company has placed a strong corporate focus on developing and improving its products since its inception in 1884. One way to achieve this is through well-organized collaboration and cooperation with distributors and manufacturers.

Thus, in 1988, MHI joined forces with the Thai Majahak Group to form a joint venture, which resulted in the formation of Mitsubishi Heavy Industries – Mahajak Air Conditioners Co., also known as MACO. Mahajak Group was established back in 1958 in Thailand. Originally established as an exporting company and distributor of industrial fasteners, Mahajak Group has achieved great success due to its commitment and dedication to research and development in its quest to achieve a high level of customer satisfaction.

Since its foundation, MHI’s MACO main air conditioning manufacturing centre has included two factories in the industrial zone on the outskirts of Bangkok, Thailand. In practice, MACO manufactures and delivers exceptional quality products both to Europe and to the company’s other international markets around the world. 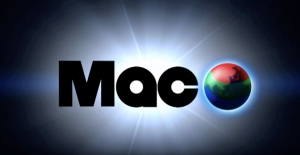 In order to meet the growing needs of the market and consumers, in 2017 the company launched a project to expand its production base in Thailand. As part of this project, Mitsubishi Heavy Industries Thermal Systems (MTH) began construction of a third plant and industrial units for electrical installation activities. At the same time, the production facilities in the two existing factories have been expanded and modernized, with the aim of expanding, renovating and building new premises to extend the manufacturer’s capacity and to meet the ever-growing needs and demand worldwide for home and commercial air conditioning systems.

The new production facilities were officially put into operation in early 2018. Production volume is expected to increase to 2.7 million units by 2020, which is a 30 percent increase compared to 2015. The total investment – including the expansion of existing production capacity – is about 3 billion Japanese yen (approximately BGN 45 million). 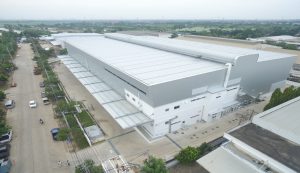 The air conditioning market today is subject to increasing competition due to the great saturation of the international and local (Japanese) market. The answer to this trend on the part of Mitsubishi Heavy Industries’ management is increased production efficiency and flexibility in relation to the needs of the world market. And one of the steps in this direction is the launch of new and the expansion and modernization of old production facilities.

And last but not least – the exceptional precision and quality control in the production of air conditioners ensures their trouble-free operation in consumers’ homes and offices.