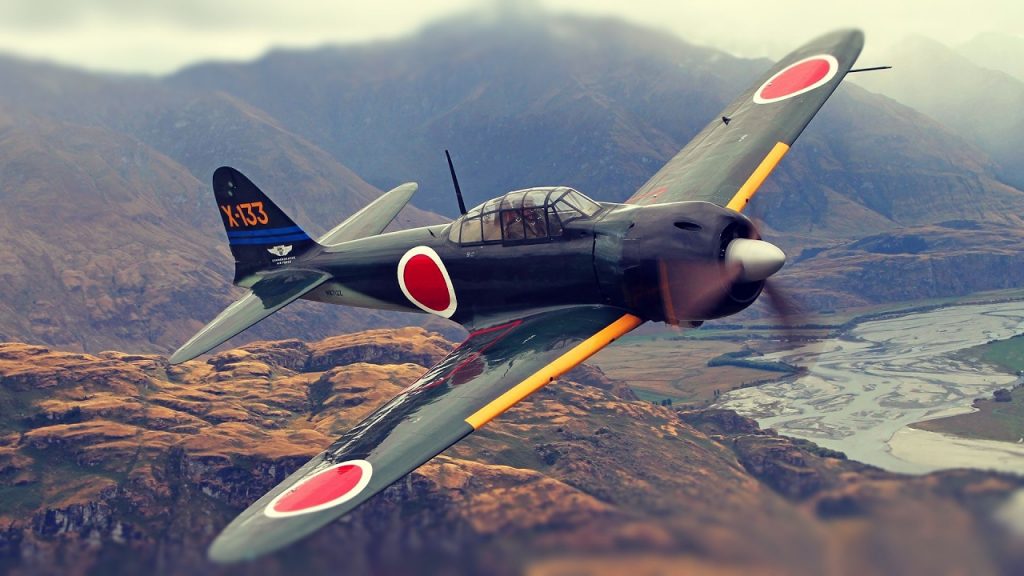 It is better known as “Zero” – the symbol of Japanese aviation during World War II. Many of you have probably seen it in a number of film adaptations, such as “Pearl Harbor”, “Empire of the Sun”, etc., but few are familiar with the full name of the air fighter – Mitsubishi A6M Zero.

As you may have guessed, the manufacturer is Mitsubishi Heavy Industries, and the story begins far back, in the spring of 1937. Then the Japanese Emperor Hirohito adopted changes to the technical requirements for new fighters in the Japanese Royal Navy to be the country’s combat aircraft. among the leaders in the airspace. However, the state command has a number of requirements for the future aircraft: to be equipped with heavy weapons, to have exceptional maneuverability, to be fast reaching a height of 3,000 meters in less than 3 minutes and 50 seconds, while the wingspan to be up to 12 meters, etc. The development of a fighter aircraft of this rank is an extremely difficult achievement for its time and only two companies are responding to the task – Mitsubishi Heavy Industries and Nakajima. Soon after receiving the right to build this aircraft, Nakajima’s designers realized that the order was practically impossible. Thus, Mitsubishi Heavy Industries remains the only company tasked with developing and building the fighter that Japan will long be proud of.

It took about a year for the aircraft to go into series production, but in the winter of 1939 this was already a fact. Mitsubishi Heavy Industries not only manages to meet all the set characteristics, but even many times exceeds expectations. The fighter manages to develop a speed of up to 525 km / h and fly over 3000 km. In addition, the new jewel of the Japanese aviation impresses with its maneuverability and lightness, and the weapons on it make it the heaviest armed aircraft of its time.

The abbreviation in the name A6M is not accidental – “A” comes from the designation “deck fighter”, “6” symbolizes the fact that this is the sixth model in this class developed for the Japanese Imperial Navy, and “M” is in honor of the manufacturer – Mitsubishi Heavy Industries. In the minds of the Japanese, however, the fighter remains better known as the “Rei-san.” The Allies codenamed him “Zick” because until now, every Japanese fighter jet has been called by a male name, and every bomber by a female name. Despite all the names, it remains in history as the A6M Zero.

The first official combat flight was made during the Sino-Japanese War in September 1940. 13 A6M fighters then escorted a group of bombers into battle with the Chinese Air Force. Just 30 minutes later, the air battle resulted in 27 downed Chinese vehicles against none of the Japanese. By the end of this war, the A6M had shot down as many as 103 enemy aircraft, with only 3 lost. However, what will keep the A6M Zero in history forever is the attack on Pearl Harbor. On December 7, 1941, the Japanese Navy, under the command of Vice Admiral Chuichi Nagumo, dealt a brutal attack on the American base. The best Japanese fighters managed to shoot down almost 190 enemy planes and severely damaged 159 more. They lost only 29 of their own. The US military is in shock, not only because the fleet at their most modern base has been almost completely destroyed, but also because for the first time in 100 years, someone dares to attack them first. This attack is also considered the beginning of World War II in the Western Hemisphere. Until the end of the war, the Mitsubishi A6M Zero participated in all battles of the Japanese fleet, including the Battle of Singapore, the Coral Sea, the Marshall Islands, the Philippines, Midway and others.

Even with a few weaknesses, the Mitsubishi A6M Zero is undoubtedly a symbol of Japanese combat aviation. And while for some it was a real nightmare in the sky, for others it will always remain a symbol of technological progress and one of the brightest emblems in the air during World War II.

After the war, a new era began for Mitsubishi Heavy Industries. The company is developing in a number of areas – space technology, civil aviation, shipbuilding, automotive, computers, air conditioning, communications, heavy industry and more. To ensure the best products, Mitsubishi Heavy Industries annually develops and implements the latest technologies in the production of its products. Today, the company is a symbol of Japanese quality and precision, and is a world leader in a number of industries that provide a better life for modern civilization.