Tokyo, October 25, 2016 – Mitsubishi Heavy Industries, Ltd (MHI) Group presented its new unified visual identity, reflecting the company’s drive for progress and corporate values. The new visual identity combines clean and simple blue-gray and white coloring with a dynamically configured model in warm colors, creating a look and feel that fully matches the ambitions, scale and dynamics of the group of companies. The new visual identity will be used as a branding motif for the entire MHI group of companies, helping to strengthen their presence in the global market.

The launch of the new visual identity marks another step in MHI’s ongoing commitment to expanding global communication activities and brand awareness. Following the slogan “Move The World Forward”, launched in May this year, the visual identity continues this future-oriented motto, containing the key attributes and strengths that distinguish MHI.

The basic blue-gray color from the visual identity is called “FORWARD blue-gray” and expresses two fundamental group symbols: “reliability, honesty and intelligence”, expressed by the blue tone and “quality, elegance and harmony”, embedded in the gray.

The color “FORWARD blue-gray” complements the “red of MHI” – the traditional corporate color of MHI. The overall color tone remains softened, and the partial use of warm colors conveys energy and emotion.

Continuing in this direction, all branding tools prepared by MHI and its companies will be unified to distinguish themselves with the new visual identity. It can be flexibly used by all companies in the group, allowing differentiation from the predominant colors of other companies.

More details related to the MHI brand and visual identity will be announced soon.

Examples of the new identity can be seen below: 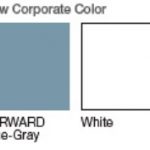 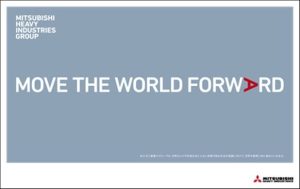