How people heated themselves before air conditioners appeared

Housing during the cold months does not scare us, because even on the coldest days of winter we can turn on the air conditioner at home or in the office and easily solve the problem immediately and feel as comfortable as possible. In the past, however, providing food for the family and heating during the cold period of the year have been on the agenda and most often a vital concern. Of great importance were the type, size and location of the dwelling.

But let’s look back a bit, even before the advent of air conditioners, to understand how people heated themselves as efficiently as possible.

Dugouts and half-excavated dwellings in the first centuries

Heating was one of the main difficulties in everyday life around and before the 5th century. Then the Slavs and the Proto-Bulgarians found a solution to the problem with a pre-planned scheme. They were prepared as soon as they arrived at their new homes when they settled on the Balkan Peninsula. They moved from areas with much harsher climates – from the north and northwest. The Slavs built their homes – the so-called dugouts and half-dug homes, which were the most comfortable to live in and warm enough. 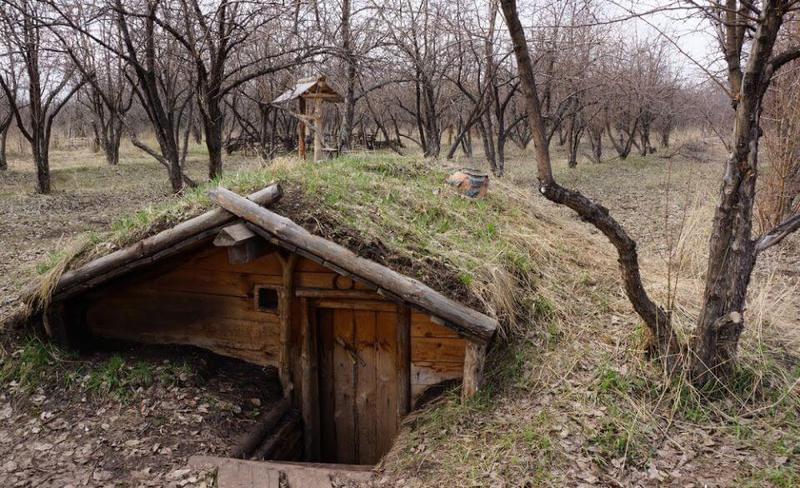 “Earth dwelling ”, dug into the ground

The materials from which the homes of the ancestors in our lands were most often built are wood, stone and clay. This is evidenced by the finds of remains of dwellings dug into the ground on the territory of present-day Bulgaria, whose inner surfaces of the walls are lined with wood or stone. Very often the floors were made of compacted clay, also covered with wood. It is obvious that when such a room, called “ground floor”, with an average area of ​​about 15 square meters is equipped with a heating facility – stove, fireplace or furnace – it actually becomes a small but cozy and very nicely heated room.

Over time after the tenth century in Bulgaria decreased the construction of land housing and began to build more one-story and two-story houses or urban housing. The second floor is called “rafter construction”, which was usually made of wrapped, thick and elastic wooden sticks. These buildings maintained a tolerable temperature inside during the winter, thanks to walls densely plastered with mud or mortar, which were not only strong, but also well insulated living spaces from the cold.

Byzantine homes with a small area

The early Middle Ages were a period of constant fires caused by heating rooms with handy materials – mostly wooden sticks. On the other hand, in the warmer regions of Byzantium, both urban and rural homes lacked heating facilities. If necessary, braziers were used – an iron or ceramic vessel in which hot coals are placed for heating.

In the IX-XII centuries, when the Byzantine dwellings sharply reduced their area, it often happened that the house had only one room with an area of ​​about 5 square meters. for heating. Varieties used are also open hearths, closed hearths and masonry hearths.

The problem was that the smoke and fumes from the hearth caused suffocation and it was necessary to remove them from the premises in other ways, but the chimneys had not yet been invented. For this purpose, a hole had to be made in the center of the roof of the room and many large openings along the roof visor through which the smoke could be removed. However, such a system required, above all, large premises. Later, the predecessor of the chimney appeared – a device for collecting smoke and removing it through holes in the walls or ceilings, which made it possible to place fireplaces next to the walls of the premises, rather than in the center. However, the main common areas were heated.

The homes of the Romans

Even the Romans used a method based on a system of ducts that conduct hot air under the floors of the premises – type of underfloor heating. This system was later further developed and used in medieval Spain, but it was a very expensive and complex method of heating at the time and was probably a completely unknown method for most of Europe.

The people of our lands had an exceptional ability to heat large rooms. The masonry vaulted stove was built in 821-822. It had such a well-calculated construction that it easily heated huge barracks with an area of ​​about 93.5 square meters. Due to its complicated construction, which is not found anywhere else, we can We consider the masonry vaulted stoves to be Bulgaria’s contribution to solving Europe’s heating problem.

Later, the vaulted brick stove with a structure from the Eastern European steppes found its perfect development in the Russian stove, which maintained a constant uniform heat with relatively economical fuel consumption.

The large common rooms in the castles were mainly heated – the halls, using large fireplaces in their center. The appearance of chimneys significantly changed the situation and brought additional amenities to the huge stone buildings. It was now possible to install a fireplace in any room. In fact, chimneys were an expensive pleasure, which, among other things, required regular maintenance and cleaning, so that initially few people could afford such a luxury. The first chimney was built in 1185. in Yorkshire.

The first fireplaces were adopted from the East with the mediation of Venice. However, their construction has remained primitive for centuries, which is why the area of ​​the fireplaces has to be increased so that benches can be placed inside them under the canopy, where the occupants of the house can sit warmly. These fireplaces were almost useless, as the rest of the living space was practically unusable during the winter.

After 1720 the construction of fireplaces was improved. Later, in the middle of the 18th century, the West stopped building huge palaces with the characteristic high ceilings over 6 meters, which contributed to obtaining and retaining more heat.

In medieval Europe, the onset of winter was associated with a period of well-deserved rest. This was because people associated this time with the hearth and home heating. Yet heating, even in aristocratic homes, was not all-day, much less round-the-clock.

At a later stage, due to continuous technical progress and the rising standard of living of people after the end of the Middle Ages, the rhythm and amount of work gradually began to lose its dependence on the seasons and the change of day and night.